This story was first published on Historic Hamilton on the 17th of January 2016 and has been republished for Halloween. 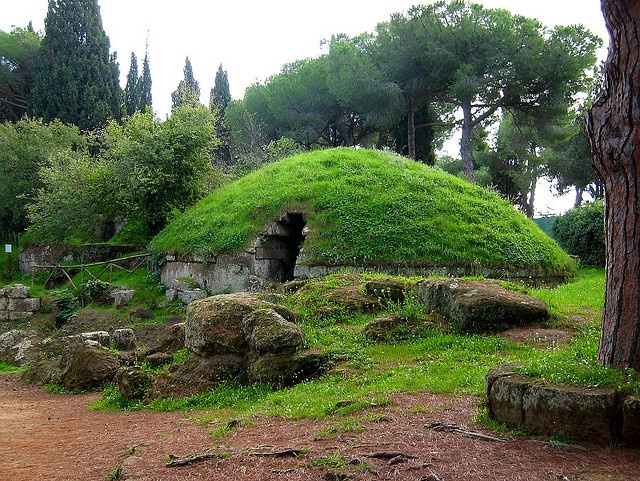 The Tumulus in Millgate road could have possibly looked like the one in this picture.

“A tumulus (plural tumuli) is a mound of earth and stones raised over a grave or graves. Tumuli also are known as barrows, burial mounds, Hügelgräber, or kurgans, and may be found throughout much of the world. A cairn, which is a mound of stones built for various purposes, might also originally have been a tumulus.”

For the people who live in Millgate Road, take a minute or two to stop at the piece of open land in between 94 & 96 and spare a thought!! This is the site of an old burial ground and an even older Tumulus.

The first visual record of the Tumulus is found on the 1843 map of Hamilton and it was situated on the lands of Meikle Earnock.  The burial mound was located between two buildings…