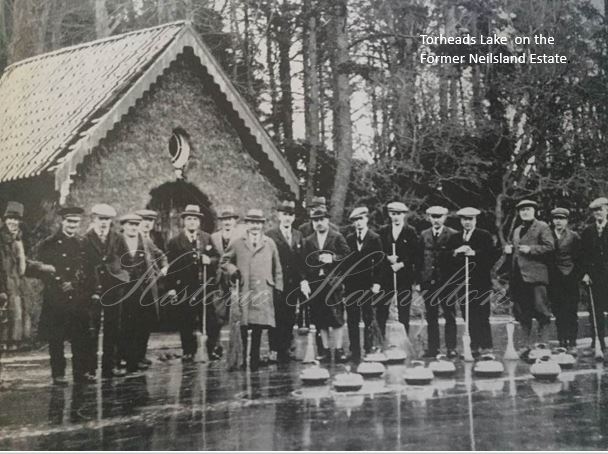 The large lands, once owned by the Watson family, stretched over 2000 acres all the way from Earnock past Torheads and down to Fairhill and Meikle Earnock and at Torheads, there is very little written about this part of Sir John Watson’s land. I wanted to tell you the story about the Torheads lake but when I started to research the lands of Torhead I thought that I would do this area of Hamilton some justice, and tell you about the people who once lived here.

Torheads Lake takes its name after Torheads Farm, which was a farm steading situated south of Hamilton Town Centre and the farmland stretched across 57 acres and it was surrounded by fields and woodland as far as the eye could see. 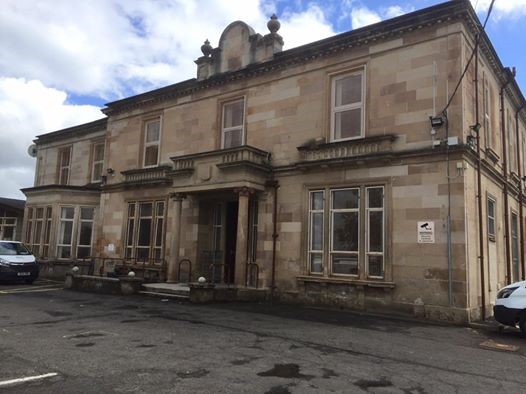 Many of Hamilton’s old mansions and country houses have long been demolished, whether through falling in to disrepair or by subsidence through the collapse of an old coal mine deep beneath its foundations, however, Udston house has stood the test of time and is still to this day standing proudly on a high vantage point that would once have commanded views over the vast countryside of Lanarkshire.

There has been a house standing on the site of Udston since 1593 which belonged to John Hamilton of Udston, an ancestor of Lord Belhaven and Stenton whose wife purchased the present house in 1893. I will tell you about Lady and Belhaven later in the story.

Udston House is a country mansion and it was built between 1851 & 1855 by Lewis Potter.  It was a fine mansion having ornamental grounds with a… 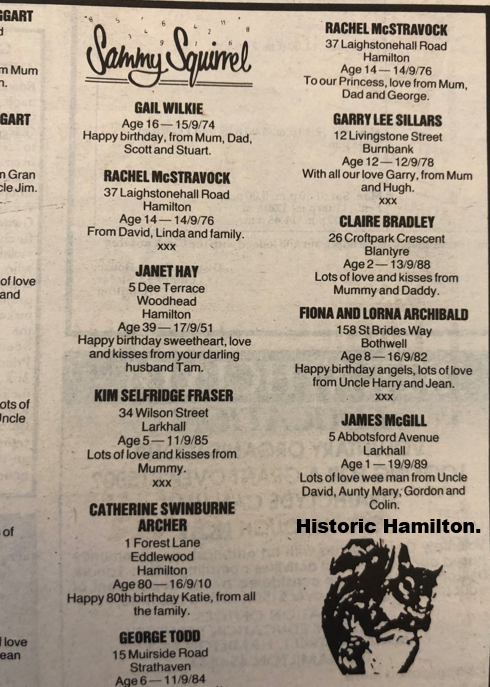 Billy agreed to have his lovely locks shaved off for the appeal. Hairdresser Liz Calderwood had the responsibility for shaving his head in the Avon Bar and she managed to complete the job without any problem. Billy’s sacrifice paid off as he raised £250 for the appeal.

Were you at the Avon Bar that night or do you know Billy? Let us know.

Class of 1990. St. Ninian’s boys football team. Scott Simpson stands out a mile, but who else do you recognise?

With the recent events that have taken place at the Burnbank Shopping Centre, George Buchanan is trying to get enough signatures to make changes to this once vibrant hub.

Burnbank Shopping Centre has a history going back many generations as being a family friendly hub for the whole community. Unfortunately Burnbank is facing difficult times at present and has done for some time now. Please lend your support and your voice by signing this petition to help bring about significant and lasting change for the betterment of everyone and see Burnbank return to its former glory!

George Buchanan along with other Burnbank shopkeepers have raised these concerns with Cllr Davie McLachlan and others. A suggestion was put forward to reopen the “Red Road” to allow traffic back through, disrupting unsavoury loitering and enabling better access for regular shoppers. This was taken by Davie to the council and is now being considered.

Please sign this petition to support this course of action.

In September 1990 the Hamilton Army Cadets were right on target at the annual shooting competitions, held both locally and nationwide.
The teams from the 4th Hamilton Platoon won first & third places in the national cadet 100-team competition. First team members were cadet regimental sergeant major Craig Little, sergeant Robert Ross, corporal David Campbell, and Cpl Stephen Briggs.
And members of the team who took third place were Cpls Sandy McCulloch, Mark Lavery, Kathleen Phillip and John Reid.
Pictured with the cadet 100-team cup and the Glasgow and Lanarkshire small bore competition shield are from Left, back row Sandy McCulloch, John Reid and Mark Lavery. Front row, Stephen Briggs, Craig Little and David Campbell.
I was also in the Cadets on this year and can remember these guys, they were all a decent bunch of lads. What are your memories of the 4th Hamilton Platoon of the ACF? Let us know!
Who can remember GLOSS at the Hamilton Palace? This flyer is from December 1990.
LADIES CHOICE…..Either give the Lady a dance or buy her a drink!
What are your memories of Gloss in 1990? 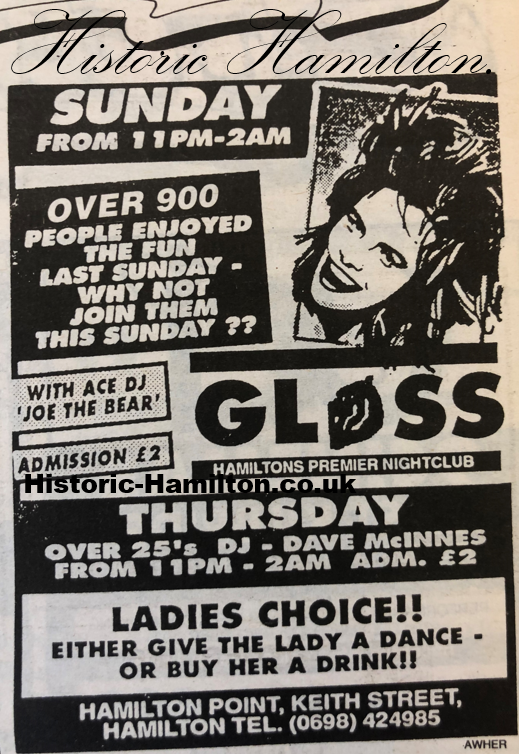 December 1990 the pupils at Woodside Primary on Johnstone Road sampled a taste of America when they celebrated Thanksgiving day.
The pupils were spoilt for choice with southern fried chicken, Coney island hot dogs and hash browns.
Spot anyone that you know in this picture? Let us know!