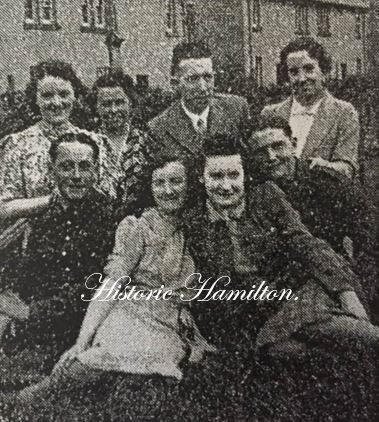 This picture was published in a Hamilton paper in 1972 and it was telling the story of people from Burnbank. The picture was sent to the paper by a M. Justin.

The picture shown was taken in May 1940 and it was in the back garden at 113 High Blantyre Road, then the home of the late Mr & Mrs Alf McEwan. Mr Duffy & his wife were married three weeks after the picture was taken and on the day that it was announced that France had capitulated to the Germans on June 17, 1940.

Do you have any pictures from the 1940s that you would like to share? Send them to us and we will share with all at Historic Hamilton.