Elaine McKay Millar sent us this picture of her granddad. Elaine told us:

I never knew him because he died in 1958 at age 57. He was the eldest of 5 boys and all his brothers also died young. As they were R.C. can anyone tell me which school they would have attended? Also, where could I find an image of Glasgow Rd in the early 1900’s? Thank you”.

Elaine, I am unsure how much of your family history that you know but your grandfather was born on the 28th of August 1900. Jimmy was the son of John McKay & Bridget McCay, who were both from Letterkenny, Donegal in Ireland.

Your great grandparents came to Scotland between November 1899 & August 1900. When your great grandfather John moved to Hamilton he was working as a Railway Platelayer.

I am unsure what school your grandfather would have attended; however, the closest schools were Glenlee primary & Greenfield secondary school. Even though he was a Roman Catholic, he may have attended these schools but i cant confirm this. 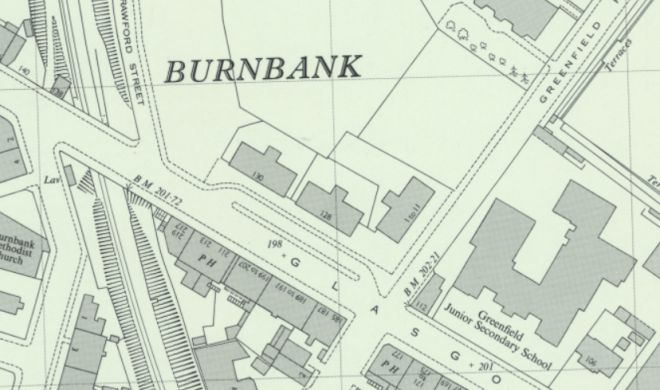 The chapel that the family would most likely have attended would have been St. Cuthbert’s as this was the closest one in the area.

I do not have an exact picture of 130 Glasgow Road but do have one that was taken in 1900 a wee bit further down the street. The picture below was taken at the tenements of 90-98 Glasgow Road, which would have been a familiar site to your grandfather. These tenements are still standing to this day. 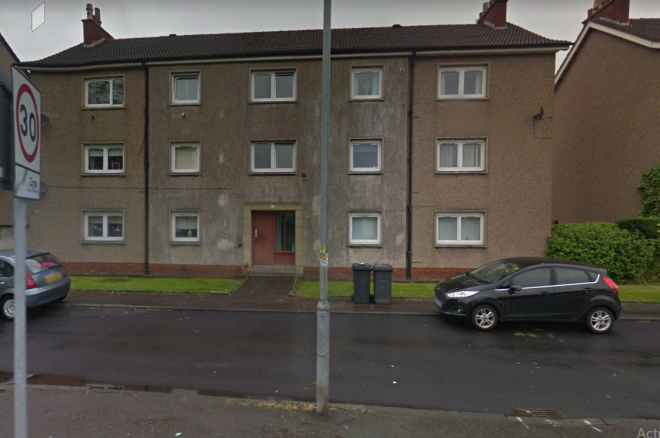 I did also see that someone has researched your family and found a picture of your granddad in his younger years when he was in the army.

I hope that this sheds some light on to your question.

Nora MacDonald’s shop was situated on Glasgow Road in Burnbank and it was across from the Old Greenfield School.

Minutes Made chip shop one side, and Jimmy Mitchell’s pet shop was at the other. Nora lived in Kenilworth Crescent in the Jungle.

The date the shop opened is unknown to me but it was closed down in 1971 by compulsory purchase from the council.

The picture is courtesy of Linda Reid who is Nora’s daughter and was sent to Burnbank Banter in June 2013.

What are your memories of Nora MacDonald’s fabric Shop on Glasgow Road? Let us Know!