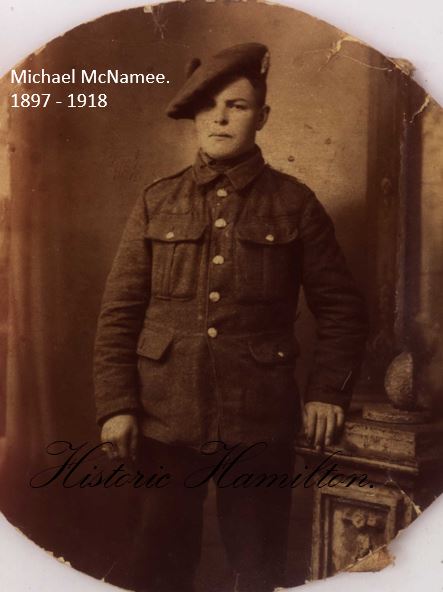 My relative Michael McNamee died of wounds on the 19th of October 1918 at No 2 Canadian Casualty Clearance Station, while his division was engaged in the Battle of Ypres (28th September – 2nd October).

Michael was 22 years of age and was born and raised in Hamilton. He also enlisted in Hamilton and was part of the 106th Brigade 35th Division. Prior to enlisting he was employed as a Coal Miner at Ferniegair Colliery.

During his army service Michael had been awarded the Military Medal (MM). He was five feet four inches tall and weighed 98 pounds and was the son of Thomas McNamee and Jane Rankin Adams and their home address was 35 Church Street.