It was reported in the Daily Record on the 20th June 1914 that a horse yoked to an empty cart bolted from the loading bank of the central station yesterday morning, and ran off down Quarry Street.

Completing its mad gallop by leaping through the large plate glass window of Regent House. The horse, a five-year-old Clydesdale, valued at £80, died half an hour later from loss of blood. The damage to the window amounts to about £20. 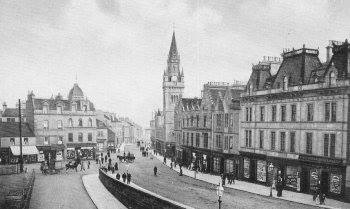 As most horses in those days were only classed as working animals, i wonder if the owner was more upset of the fact he had to pay for the window, or the cost of replacing the horse!