The Laurie family of Burnbank owned one of the towns best and most noticeable businesses. They were the owners of  Chieftain Buses that was based at their depot on High Blantyre Road. 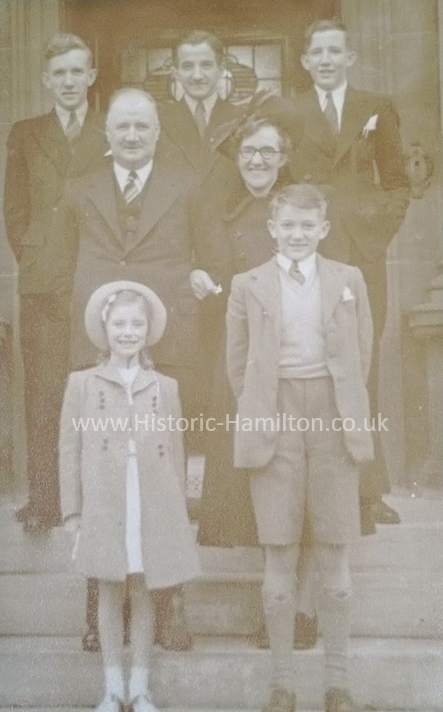 In the picture above, back row L-R are James, John & David Laurie. Middle row is David & Margaret Laurie and the kids in the front row are Wilma and Bob Laurie.

The company was started by James Laurie. When he came out of the army in 1918, he started with a taxi and built it up into a bus service.

The family later moved to number 81 High Blantyre Road and then set up a bus depot right next door to their house. The business was thriving and had employed local people to work at the depot, as well as all of the Laurie family who were involved in some way.

David Laurie who is the grandson of David Laurie Snr told Historic Hamilton that “all of the family were involved in some way, driving my dad did along with coach building and my uncle’s did mechanics and driving right up to the 60’s when they sold the business”. 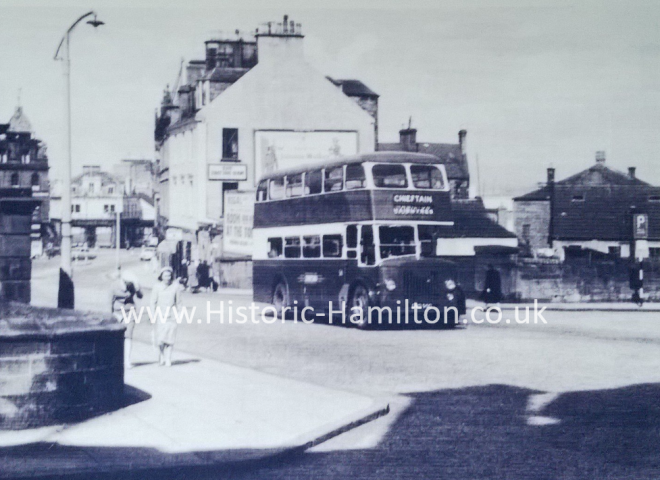 The family depot in Burnbank was a busy place and as previously mentioned, it employed local people who include, Carrie (Mair) Clark who was a conductress on the Hairmyres route, her sister Elsie also a clippie on the Hairmyers route, her brothers Willie and Robert all worked for the Chieftain buses for a number of years.

Robert Wilson, Bob Mair & Robert Clements were a few of the drivers on the Chieftain Buses.

The company ran all the way up to 1961 until it was taken over by the SMT group. The old Chieftain garage became Jamieson’s Builders yard for many years and later was sold to the council and it was eventually landscaped.

Historic Hamilton would like to thank David Laurie for telling us his family’s story & sharing some pictures and also Robert Stenlake for supplying some of the local pictures of the Chieftain Buses.

We would like to hear from you! What was your memories of the Cheiftan Buses at High Blantyre Road in Burnbank. Send them to us at HistoricHamilton@icloud.com