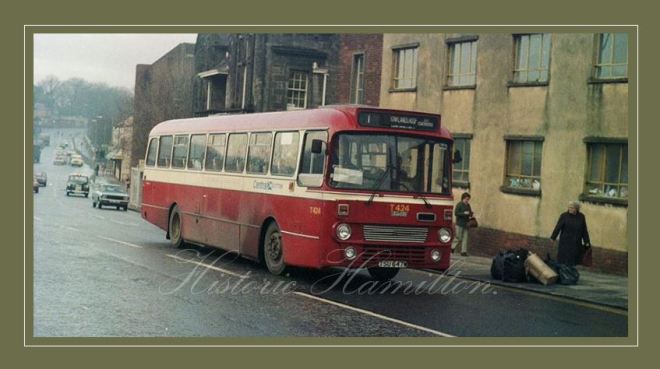 In this picture, we have Brandon Street and the photo was taken during the mid-1980s. As well as the old bus, you will notice the old Hamilton rent office.

There was also the old dentist called Borland & Rankin where I believe the kids used to be terrified of going. And not to forget the Doctors which were very well known by families in this part of Hamilton.

This part of Brandon Street was thriving with small business at one time, but this was long before the buildings were knocked down to make way for the new ones.